HOUSTON – June 6, 2016 – Baylor College of Medicine International Pediatric AIDS Initiative at Texas Children’s Hospital (BIPAI) today formally opened the expansion of its center of excellence in Constanta, Romania. BIPAI opened the first of its network of overseas pediatric health clinics in Constanta in 20001, a port city hit hard by the AIDS epidemic.

“The addition of a third floor to our center of excellence marks an important milestone in our life-saving work here in Romania. What began as a center for children with HIV now has transitioned to a center for the long-term care of adults with HIV, along with the 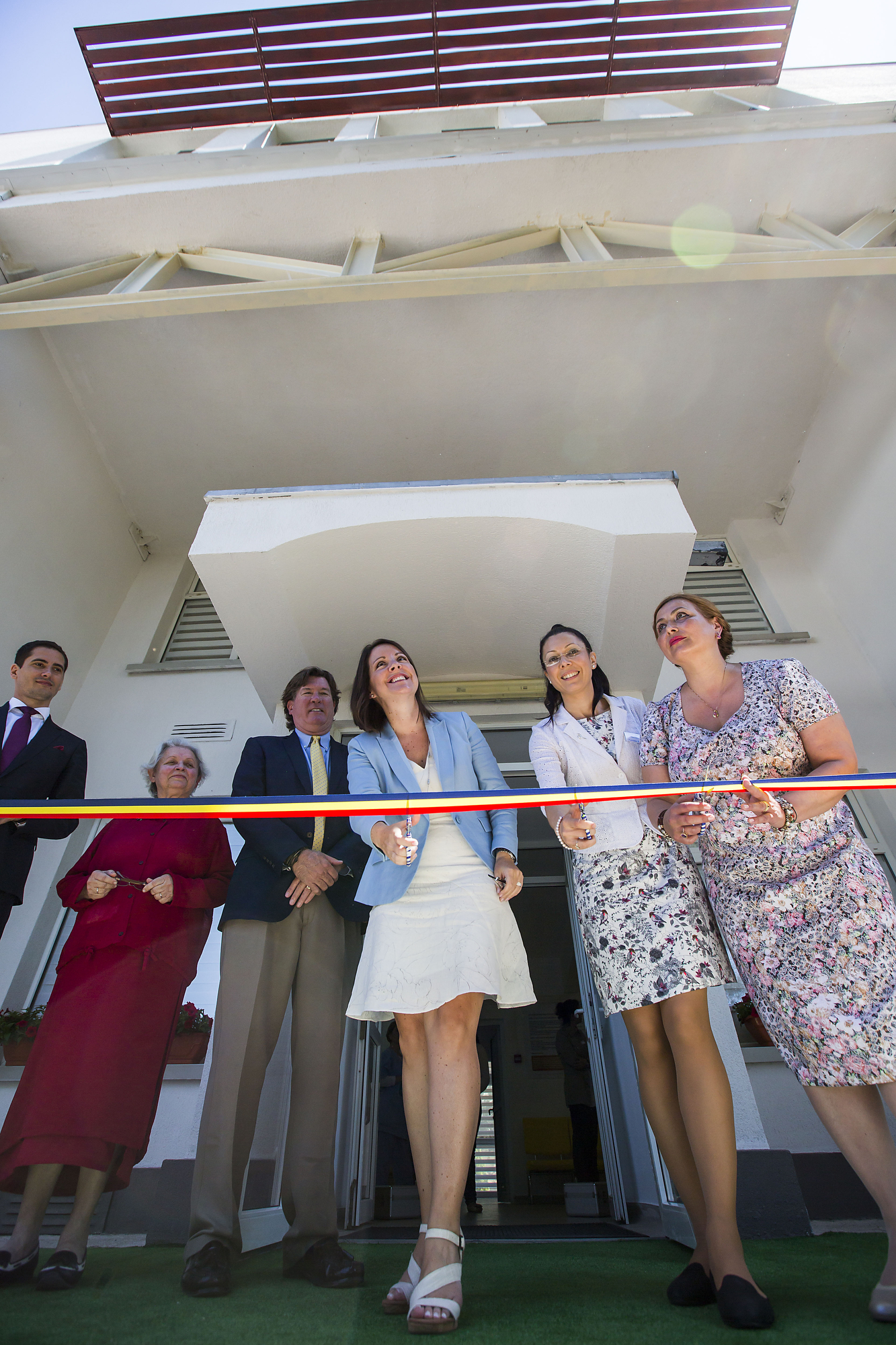 Melissa Walsh, vice president AbbVie Foundation and Ana-Maria Schweitzer, Executive Director, Romania, cut the ribbon during a celebration of the opening of the expansion of the Baylor Black Sea Foundation Center of Excellence on Tuesday, June 7, 2016, in Constanta, Romania. ( Photo by Smiley N. Pool / © 2016 )

identification and care of patients with hepatitis and tuberculosis,” said Dr. Mark W. Kline, president, Baylor College of Medicine International Pediatric AIDS Initiative, and physician-in-chief, Texas Children’s Hospital. “Today, the Baylor Romania program once again plays a pioneering role by expanding its facilities and extending its programs to serve an even broader number of patients with multiple health challenges.”

Today BIPAI Romania operates a clinical center of excellence (COE) in Constanta, three offices for rapid testing and counseling in Constanta and Tulcea, (the country’s first) and a protected housing complex for homeless youth.

AbbVie and the AbbVie Foundation (formerly Abbott and Abbott Fund) have been lead sponsor of the BIPAI Romania program since its launch 15 years ago in 2001, investing $7.7 million in its HIV/AIDS and hepatitis programs, and providing $35.9 million in medications in partnership with AmeriCares.

“We are grateful for the opportunity to partner with BIPAI in Constanta for the past 15 years,” said Melissa Walsh, vice president, AbbVie Foundation. “The program has become the model for many pediatric HIV/AIDS centers of excellence around the world, and we are proud to support the broadening of its life-saving work for patients, including liver disease.”

At that time, Romania had the largest incidence of childhood AIDS in Europe, with an estimated 7,000 to 10,000 children living with HIV/AIDS. The partnership significantly improved the care and treatment for HIV-positive children, reducing mortality rates by 90% in three years. 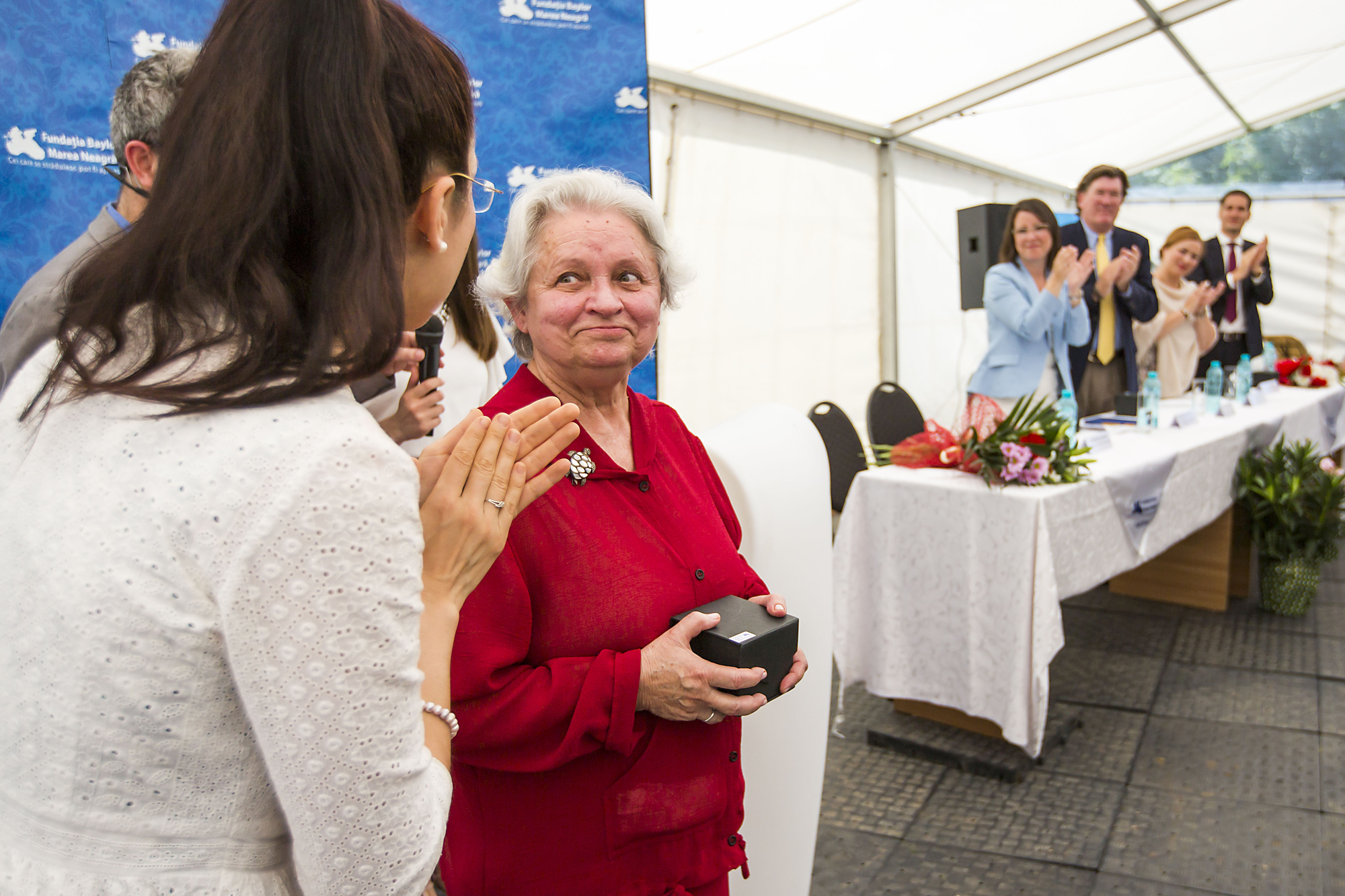 Ana-Maria Schweitzer, Executive Director, Romania, applauds Dr. Rodica Matusa, who receives a standing ovation during a celebration of the opening of the expansion of the Baylor Black Sea Foundation Center of Excellence on Tuesday, June 7, 2016, in Constanta, Romania. ( Photo by Smiley N. Pool / © 2016 )

In the early 1990s children in Romania accounted for more than half of all European pediatric AIDS cases. Most Romanian children with AIDS were infected with HIV as a result of discarded medical practices, including reuse of disposable needles and repeated transfusions of sick and premature infants with whole human blood. Approximately 50 percent of Romanian children with AIDS were orphaned or abandoned.

Today, services have expanded beyond pediatric HIV/AIDS care to include medical, psychological and social assistance to nearly 1,000 patients of all ages. Its programs include:

BIPAI has worked collaboratively with the Romanian Ministry of Health and Romanian professionals since 1996.

Learn more about the Romania program: